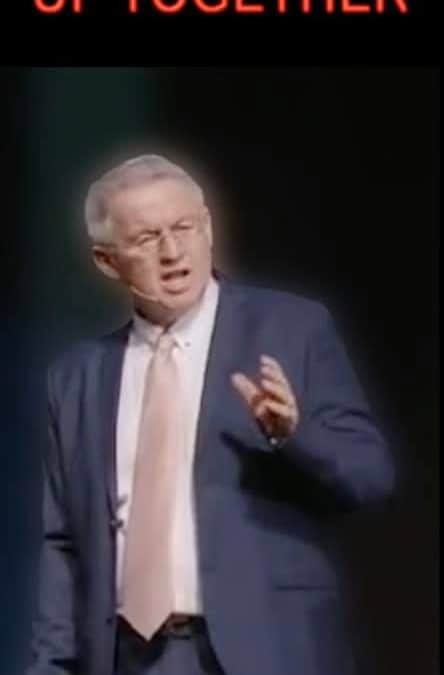 In my first article on Corona on 11 March I asked myself why the hell is China reporting 27 cases of the virus to the WHO and even 3,000 deaths are, to put it mildly, commonplace in a country with 1,500,000,000 inhabitants. Since I have been to China very often and my future daughter-in-law even comes from Wuhan, I know also that there is no free media in China. So, I was even more surprised that the Chinese media made such a big hype about Covid-19, quarantined a city of 10 million people in a few days and even built hospitals in 10 days. A little bit I had the impression as if this would have been prepared, but then I thought about the disadvantages China had or will have by this and suppressed this thought again. I immediately remembered the loss of sales at Alibaba / Aliexpress and the big losses of all the companies that depend on exports and saw only disadvantages for the Chinese government.

Of course, I was surprised that the virus spread all over the world, even to faraway Europe and America, but at the same time it supposedly spared the nearby metropolises like Shanghai, Beijing and Shenzen almost completely. And this happened although there were no or hardly any quarantine measures in these cities as in Wuhan. Neighbouring countries such as Japan, Korea, Hong Kong, Taiwan, Vietnam, Laos or Myanmar were or are still not excessively affected. However, since the news was meanwhile overflowing in Europe and also influenced my life, I had no more time to think about the most important question for me: WHY did China report this virus to the WHO, where the government in Beijing usually suppresses things in the media that are a thousand times more important than a few “patients with a flu” in Wuhan. A city which, apart from me in Germany, probably only knew a few thousand people.

But today is March 28th and I have and had more time to read and think because of my house arrest. And already I have found, outside of medical arguments, explanations for the actions of the government in Beijing, which make sense to a logically thinking person like me.

While the European and American economies, or Dax and Dow Jones, are now suffering huge losses, the Chinese economy, the Chinese stock market and the government are facing a great future. Trust in the government has never been higher than it is at the moment, because not only Chinese people but the whole world is impressed how efficiently and successfully Beijing has overcome “this great crisis”. Nobody asks how it was possible to build a “functioning hospital” in only 10 days. Nobody asks anymore why in a city of 10 million people like Wuhan in the middle of March there are only 1-2 new Corona cases per day etc. etc. While in Europe and America pure actionism is the order of the day, the Chinese government stays cool and even offers us their help.

Different in Europe. The EU has just proved that it is not ONE country, but each state does what it wants. Beginning with border closures, panic shopping, anti-social behavior up to the different quarantine measures. While I am under house arrest in Spain, friends of mine are skiing in Sweden and posting pictures from apres ski huts. And in Belarus there are no measures at all and people are going to the football stadium on Saturday just like the last weeks before. It is still too early to say how many people will die in Sweden or Belarus because of the measures taken there. But somehow my feeling tells me it will not be worse than in Italy or Spain.

Those who know me know that I have travelled a lot in my life and especially in Arabia or Asia one is very respected as a German. But this admiration has been declining for years and the more Asian countries are overtaking us technologically and structurally, or even, like China, the more our reputation is unfortunately declining. Corona will extremely damage the reputation of Europeans, especially Germans, in whole Asia. For some people this will be unimportant, but for a sensitive world like stock markets or tourism this will have epochal consequences – for a damn long time!

And just think of the falling stock markets in Europe and America. Thousands of companies will have to file for bankruptcy. Loans from the KfW (German state-owned development bank) won’t help either, because although they will improve cash flow giving easier credits to companies, they certainly won’t improve the balance sheet or future investments. Who will dare to invest in 2021, when even the smallest mistake will lead to a bad result?

A shark tank is being created here for investors, as we have never seen before in our history. So, it is quite good to own trillions of dollars and at the same time build up your own currency over many years more and more as an additional world currency. In October 2016, the International Monetary Fund included the yuan in the currency basket and on 26 March 2018, a contract for oil in yuan was issued for the first time at the Shanghai International Energy Exchange. There are also very large American companies that have the war chests full to the brim for purchasing or for the (hostile) takeovers of companies. However, there is one big and crucial difference. As Chinese, they immediately have a market of 1.5 billion people for their products or services, twice as big as America and Europe combined. And as Chinese government, they can also act completely in secret, or do you know which companies (A-players) in China are owned by private persons without the government being involved in any way?

The only thing missing now for China is that prices for raw materials are falling. And oops, the current trade war for crude oil prices between Saudi Arabia, America and Russia comes at just the right time for China. In layman’s terms: the price of oil has fallen from around U$ 65 to U$ 25 per barrel since January. A rogue who thinks evil here. This price drop in the last two months was perfect for China, the world’s largest oil importer, and came “at the right time”.

What is also still to come are the worldwide changes in production capacities and China is so far ahead of us we cannot even imagine it. One example: In May 2019 I spent several days in Yiwu, a city about 2 hours south of Shanghai. Most people will never have heard of this city. But there is the world’s largest shopping complex in the form of a permanent exhibition. While in Europe, even the biggest fair Bauma that takes place only every 3 years has only 3.425 exhibitors and almost all other fairs or shopping centres in Europe have at most 1.000 suppliers. In the shopping centre Yiwu there are over 70.000! shops located there, over 200.000 people work there! and it is open 340 days a year – and not 8 days every 3 years like Bauma. Our western arrogance has led to the fact that we don’t even notice when other countries overtake us in parts or even completely.

China’s economy is not only better prepared and massively superior to ours in many areas, but in relative terms has hardly suffered through Corona. The situation is different in Europe and America, however. At the moment, we do not understand how badly the European economy has been hit, and our news speak of a recession and an unprecedented inflation rate. The whole thing is now fueled by the central banks FED and ECB, so that people are no longer talking about what will happen, but only how bad it will be. But for banks and politicians, this is a paradise. What should have changed sooner or later anyway is now changed in a rush and neither greedy bankers nor talentless politicians are to blame, but a tiny virus called Covid-19. In banks and hedge funds the champagne has been flowing for days and politicians like the German Minister of Health Jens Spahn or Angela Merkel are rising in the prestige of many Germans. Did I mention that that alone makes me vomit?

There are still many points to be addressed here. But actually, I just want to explain to you it is always worthwhile to question everything in life. I learned this from final stage cancer patients who survived. They have shown me that one cannot simply accept that cancer is caused by mutations. Instead, every cancer patient should find out why he got his cancer and instead you have to look at dogmas again and again. Therefore, never give up and question everything, especially if it comes from pharmaceutical companies, politicians, priests or doctors. IT’S WORTH IT!